Riyadh Season 2021: what a beginning!

Turki Al-Sheikh: ” Surely you will believe, as long as we have an inspiring leadership that pushed every Saudi to raise their level of ambitions and achieve their dreams”

Riyadh Season 2021 realized its first achievements this year with an exceptional opening ceremony attended by a huge audience that reached more than 750,000 people, while millions followed it through live broadcasts on many TV channels, websites and electronic accounts.

The ceremony included a speech by the Chairman of the Board of Directors of the General Entertainment Authority (GEA), Turki Al-Sheikh, who began by addressing the audience: “Good evening, we missed you….” Al-Sheikh continued: “I extend my sincere thanks and gratitude to the Custodian of the Two Holy Mosques, King Salman bin Abdulaziz, and His Royal Highness the Crown Prince, the godfather of the Vision and our inspiring leader, for their unlimited support for the entertainment sector and the Riyadh Season.

In the first Season, our motto was ‘Imagine!’ and in the second Season, our motto is ‘Imagine more!’ Do you believe that? Surely you will believe, as long as we have an inspiring leadership that pushed every Saudi to raise their level of ambitions to achieve their dreams.” Al-Sheikh concluded: “welcome to the Riyadh season.”

On its first day, the Season achieved a success that dazzled the world through shows, fashion and music, which formed icons for the crossing of Saudi entertainment to global levels. The opening parade included a display of more than 2,760 drones, whose shows included pictures of King Salman bin Abdulaziz and Crown Prince Mohammed bin Salman.

The drone display also welcomed the audience in many international languages, in addition to displaying the logos of the zones and events of the Riyadh Season this year.

The activities of the Season on its first day reflected the spirit of the festival, which hosted many colorfully decorated masquerade teams, vibrant music with international rhythms, and the presence of a number of famous personalities from around the world, most notably the famous wrestler The Undertaker.

The opening of Riyadh Season 2021 was flavored with international masterpieces, which gathered in the parade area, including 88 food trucks, which served types of food from around the world, as well as health care services and mobile medical clinics.

The ceremony included many local and international events, as huge firework shows lit up the sky of Riyadh, in conjunction with other sites in the city, most notably the Kingdom Tower, the Majdoul Tower, in addition to many live performances, Samaritan dance performances, chariot shows, and the Flying Man show.

The activities of the first day of Riyadh Season 2021 concluded with the concert of the American star Pitbull, which was awaited by a large number of local and international audiences. 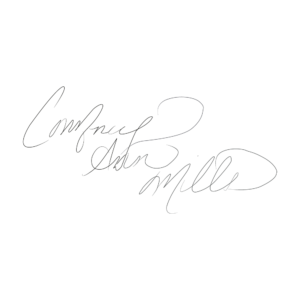